According to Carlo Petrini, Cesare Battisti is the perfect Chef: he is able to connect people who live in the country with those who live in the city, and he does this with a theatrical smile.
(Quote taken from IdentitĂ  Golose, Tokyo Cervigni)

Cesare Battisti hails from a milanese family of many generations. After a long period working throughout Europe, Cesare returned home to Milan where he gained valuable experience working at some of the city’s most acclaimed traditional milanese restaurants.

In September 2009 Cesare opened RatanĂ  Restaurant which he manages with his partner in life and sommelier Federica Fabi. The restaurant is housed in a historical building dating back to the 18 hundreds and located among the futuristic constructions of the Garibaldi and Porta Nuova district.

Cesare’s cooking is driven by a strong desire to modernise traditional Milanese cooking as he remembers it from childhood.

The philosophy that underpins Cesareâ€™s cooking can be summarised in a few brief, but precise, points:

ReadÂ HIS 10 MOTTOS FOR THE COOK

Cesare, by nature reserved, is a passionate and engaging conversationalist if the topic is right, clearly on matters of food or that of his other great passion, fly fishing, which he practices with the catch and release method.
Cesare’s tireless and ongoing endeavour to value quality as well as the territorial character of cooking resulted in him being chosen as one of the signees of the “protocol for the valueing of quality Italian food abroad” in march 2016, a first plan of action born of the (Italian ) Food Act. 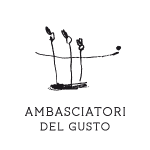 Since October 2016 he has been general secretary and member of the board of directors of “Ambasciatori del Gusto“, a non profit organization born from the objective of representing and valuing Italy’s gastronomic identity throughout the world, encouraging relations and exchanges between food professionals in Italy and abroad, divulging a respect for food and the need to avoid waste as well as promoting environmental sustainability.